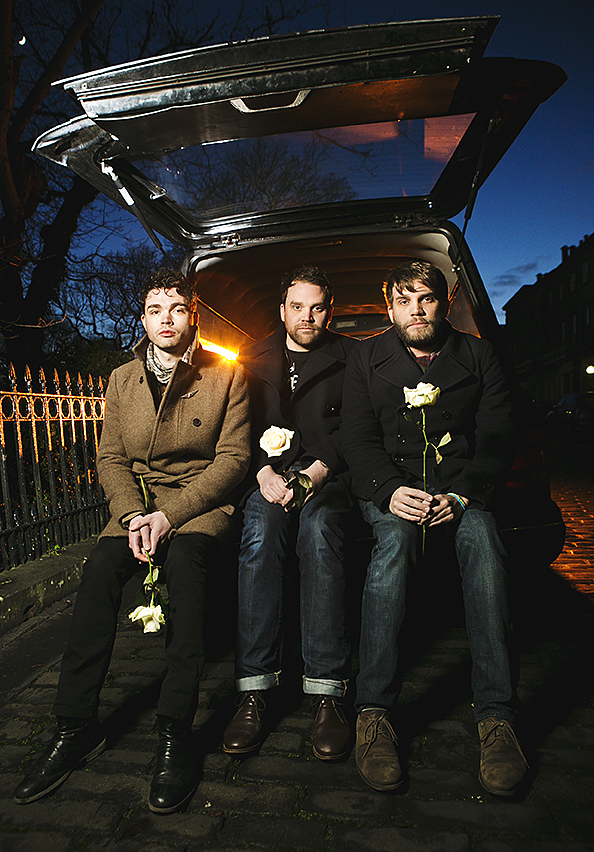 February at last. Its nice to get back to business as usual but with the lavish illusion of impending spring.

Back last month it was very much business as unusual. Bouncing over Edinburgh cobbles in rush hour, our headlights on a freezing dusk, I found myself very unexpectedly riding shotgun in a hearse. A situation made all the stranger by the company of Frightened Rabbit, riding coffin in the back. The Skinny managed to pluck them from a very intense media day of interviews and photocalls in a local bar, so we could bundle them in the back of Ed's hearse and chauffeur them around to a soundtrack of heavy metal.

We did have a slightly larger agenda though. For their forthcoming release of Pedestrian Verse, we wanted to accompany Darren's feature with images of death. Not the graveyard and lightening bolts type, but death that mirrored the solemn and mature journey of the band's transformation to now - a glowing portrait of expressive and rooted Scottish songwriting on a world stage.

Forboding and dark, especially for January, our shoot was actually very light-hearted by the absurdity of it all. Thanks to the band for laughing off the cold, Ed for the civility of an undertaker and big thanks to Matt for helping out so last minute. 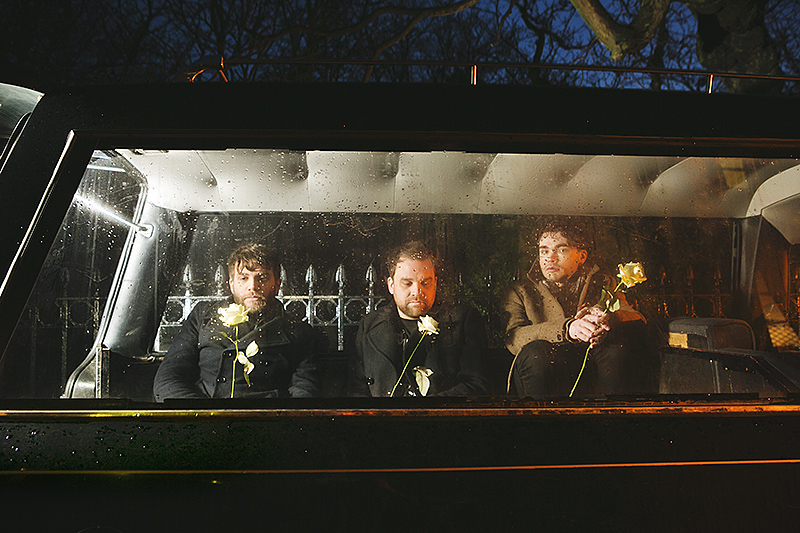 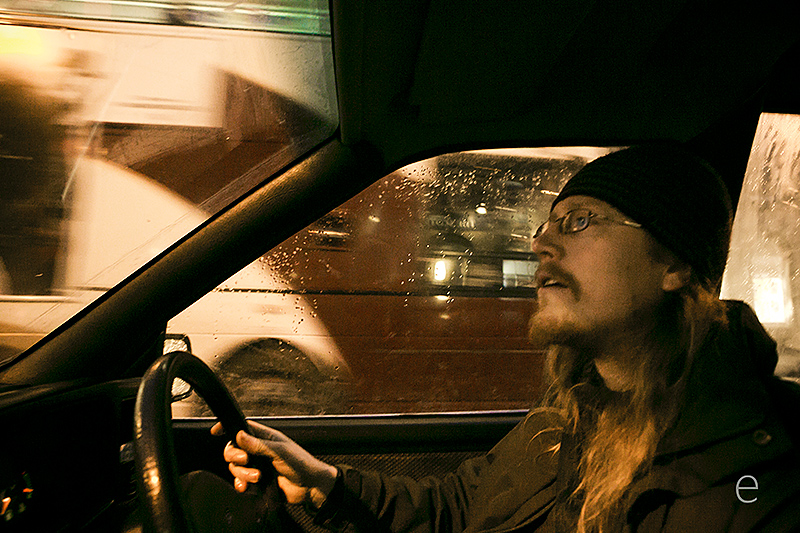