Olliethekid bought a bike yesterday! He just woke up and said "right, im not going to stand for this any longer. I'm buying a bike." And hark on the horizon, he comes! He turned up to Rocket at closing time when the heat was high and there was no getting any fresher for me. So me and Olliethekid saddled up and put our peddles where our mouth was- away to Crammond.

From the lofty heights of Churchill, we set off down a ready decline to our waterfront. Me aboard the Red Mage, Ollie on whatever his bikes called...bit of a beast though! What a breeze. Down and down, blowing away toil and torment. A great rush of the purest stuff into the deepest recesses of the lungs, fire and ice to the brain. Total exhilaration. Passed the nostrils cross the best of things. Wild vegetation and damp, ancient stone from the subterranean cycle paths. Hot cement and cut grass from the balmy estates. A barbecue somewhere, and another. Everything golden, everything green. And every part of you is saying, that's what you got out of bed for.

Down in the Inn, the crispest, coldest, sweetest beer, basking in our brilliance. We didn't know what to do with ourselves! We didn't know of course, how we were going to get home exactly. And of course we forgot in the ecstasy, that what goes up must come down, which works fine unless you've already done the down part and you have nothing but an hour uphill cycle coming right up. And those few pints aren't going to be much help to you so they aren't.

Still, there was no stopping the messin'. And where any two messers enjoy themselves, there's always a trace left behind. 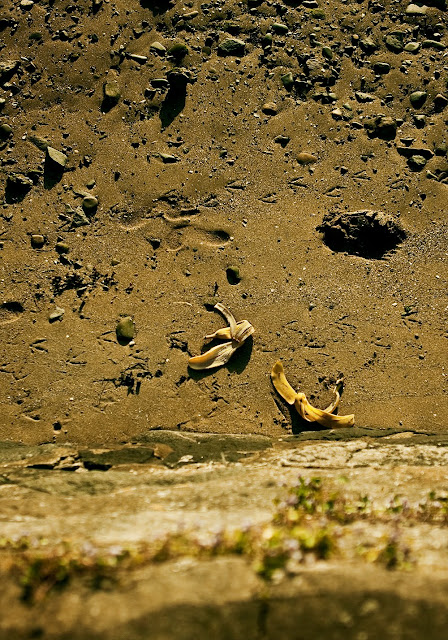