A monday of accolades

A few weeks ago one of my photos was selected as the winner (by the college's entire photographic department!?) in a competition organised by one of my classmates. There's a few notables here: 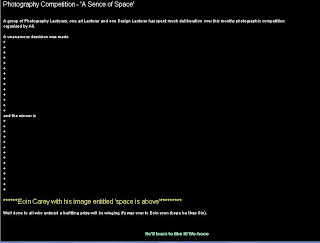 Firstly, wow-what? This is the first award i have ever been en-titled. There is something really driving about receiving praise for your creativity and, what more, in the field in which you wish to dedicate yourself. Standing out is something we all desire in a way and what could be more satisfying than doing so unintentionally.

The Second notable is really the competition. For it was the loveliness of Ali Cleary that set the competition in motion with no ideas of grandeur or gain other than those for her classmates. "A sense of space" was the brief with any format and framing accepted. A really open book and one which offered a wildness of creativity that was challenged by only 5 people sadly enough. Regardless of how few entrants, it doesn't overshadow the incentive and imagination on Ali's part.

So given the traditions at the podium, my thanks go soley to Ali, for the opportunity to do some tasty self-proving, and lest it not be mentioned, my prize: 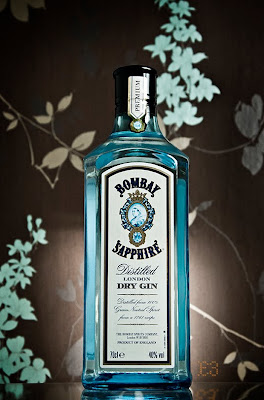 What was, for me, a seemingly impulsive entry, turned into something small and quite meaningful for my future. Something i will always have.

What i will not always have however, is the gin. Nor will i have much of a future either if i do what is expected of it on my own. So....gonna share some gin!

Below is the winning image. 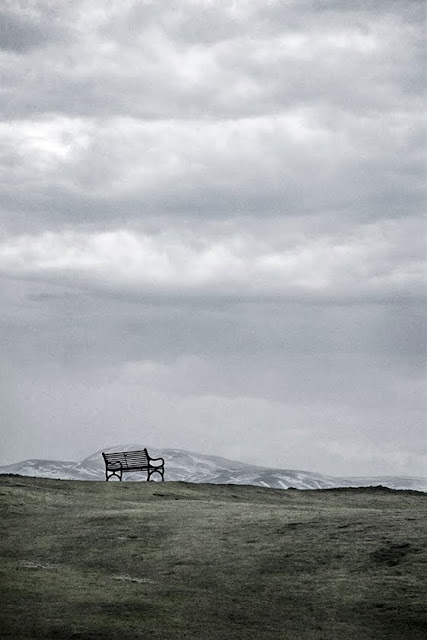